The four Houses, Bentsi-Enchill, Cadbury, Fox and Tubman, battled it out on Thursday 17thNovember at the inaugural House Dance competition! With the opportunity to perform a variety of dance styles and including a range of group sizes, there was choreography to entertain all members of the enthusiastic audience.

Each House was asked to present three dance categories for each section of the School with students creating a solo, a duet or small ensemble and a large ensemble group for their Fryers, their years 9 and 10 and their Seniors (Year 11 to Upper Sixth). There were Houses that went all out with co-ordinating costumes and accessories in House colours, supporters in matching House t-shirts and event some House colours dance props incorporated into the performances.

Tubman, who were declared the overall winners, also won plenty of attention for their enthusiastic banging of drums and cowbells supplementing their supportive shouts!

Judges Donna Fearn (Senior Nurse) and Peter Westhead (Librarian) flanked Head Judge, Anya Nash (NATD Dance teacher) in assessing the performances. Beth Butler, Head of Dance, who masterminded the competition was supported by Deputy Head, Eddie Falshaw, in the announcement of the results for each of the nine categories and of course, the overall winners.

Beth was delighted by the performances; “For the first House Dance event I was really pleased with how it turned out. It was wonderful to see so many students on stage from all year groups. Clearly a lot of hard work and preparation had gone into it and the students who led their Houses did a stunning job.”

Amy, joint winner of the Small Group Junior Category for Cadbury House, reflected, “During my performance in House Dance, I was feeling quite nervous, and I was just thinking about what came next. It was such an amazing experience and I had so much adrenaline when performing. When I found out we won the Junior Small Group I was over the moon as I knew how much work we put into this dance and to come in first place, while representing Cadbury, was amazing. I thought that House Dance was such a good competition filled with lots of difference styles of dance, such as ballet, contemporary and tap. This makes it very enjoyable for the audience to watch as each dance was so unique. The atmosphere at the competition was also superb as there was so much cheering. Overall, it was an excellent evening and was so much fun!”

Freya, who secured the Fryer solo win for Fox House, added, “During the performance I felt really excited, as I loved the sensation of performing in front of other people and being on stage.
When I had heard I had won I felt absolutely wonderful and I loved how everyone was being so supportive; everybody was so happy as well. I think House Dance is an amazing competition as it really brings the House together.”

Head Judge and NATD Dance Teacher, Anja Nash, commented, “I just want to say a HUGE well done to all of the students for all of the hard work that they put in, Myself (and I know it was also the same for the other judges), we were amazed by the talent and really struggled to mark them. It is very difficult to choose a favourite performance. One that seems to particularly stands out for me was the large group dance by Tubman House, as I was really glad to see so many different students taking part in the piece and the choreography had clearly had time spent on it. They all captured the same atmosphere of the piece and worked together seamlessly, a very enjoyable evening overall! I think House Dance is vital to building on the House events and the community and comradery of the School. Seeing students of all genders taking part was something that I do not always get to see. The focus and determination I could see from the students to do their House, the School and themselves proud was palpable. A wonderful way to encourage Dance within the School even further!”

Donna concluded, “How amazing they all were and such high calibre of dances. I thought the House Dance competition was a great event bringing everyone together. The support they gave one another made for a great atmosphere! I am proud of each and every one of them.” 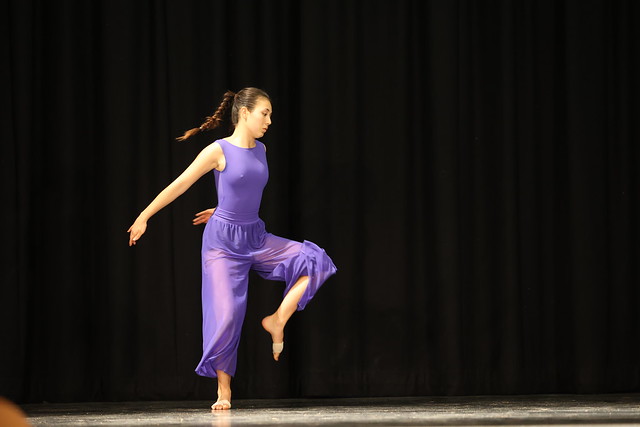