What better occasion to celebrate our linguistic and cultural diversity than the week leading up to International Languages Day? From Monday 20th to Sunday 26th September, the Modern Foreign Languages Department laid on a range of experiential activities for the whole community to try their hand at.

In the classroom, students marked Chinese Mooncake Festival by learning about its history with Mandarin Teacher, Lan Worrall. Gathering around the table, together they sampled the traditional bakes associated with the holiday; pastry cases filled with red bean paste and an egg (or figurative moon). Established over 3,000 years ago the Mid-Autumn Festival celebrates bounty of the harvest. Chinese lanterns are believed to illuminate the way to good fortune and prosperity.

On the sports field and astro turf, students played hockey and rugby the French way, as well as partaking in competitive games of pétanque and handball. Prepped for a number of large appetites, the team at Oakview welcomed everyone on their culinary world tour. A whole host of cuisines and dishes from Chile over Japan to Morocco and Russia were on the menu.

In the evenings, boarding students enjoyed an international film festival and were in the driver seat to select a foreign language film of their choice, from ‘TinTin’ in French for Fryers, to the highly acclaimed German ‘Charité’, to ‘Crouching Tiger, Hidden Dragon’ in Mandarin.

During Tutor Time, groups were given the opportunity to reflect with themed culture quizzes. “May this be the start of a new, long-lasting and successful tradition at LP!” exclaimed Head of MFL, Didier Descamps.” 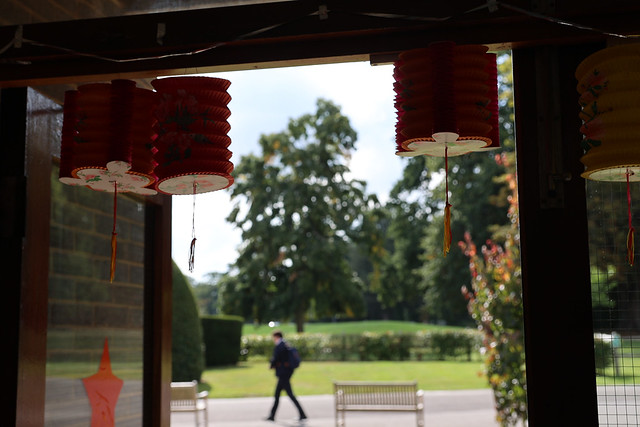