Fryer students donned their costumes on Thursday 30th June for a spectacular show of the Scottish play! Year 7 and 8s treated the audience inside the packed Drama Studio to an abridged version of Macbeth which was an impressive production of Shakespeare’s tragedy.

Highlights included the witches, staged as truly terrifying puppets, the effect of the woodland using foliage from the Park and the talents of our amazing actors who did a fantastic job sharing the story.

Resident Drama Graduate, Jack Robinson, who directed the play, beamed, “I am incredibly proud of my cast and they should be as equally proud of themselves. They delivered a performance of a standard beyond their years and each student brought their individual flare to the characters. As superstition runs with the Scottish play, our piece wasn’t without it’s surprises along the way. I was particularly impressed with how quickly people stepped up to fill the gaps that needed filling. This is a testament to the ensemble mentality we established early in the rehearsal process. Undertaking a Shakespeare production is a challenge at any level but I can confidently say that the cast faced this head on with an eagerness to learn and develop their skills for the future. I look forward to seeing where this takes them.”

Senior Assistant Head: Co-Curricular, Tash Coccia, who attended the event commented, “The students have worked incredibly hard as part of the drama co-curricular programme at lunchtime and after School, on their reimaging of the Scottish Play! How wonderful to witness production memories being created in Lower School and to see such wonderful talent on the studio stage. Their commitment to rehearsals and creativity in delivery is quite excellent – they are a credit to themselves, their families and of course Leighton Park! Well done Fryer!” 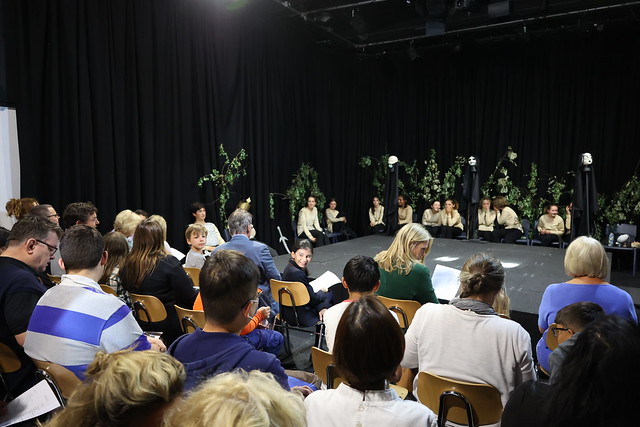